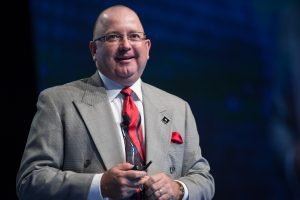 Who Is John Morrison?

John Morrison traveled a long and interesting route to his role as a successful entrepreneur.  His first gig was as a professional drummer, touring the world with leading performers, but eventually, the long hours and travel got to be too much.  John then became a football coach where he found his true passion which was to teach young people how to be successful, not only on the football field but also in the game of life.  Then, because coaching still required a lot of time and travel, John went into real estate when he and his wife, Kelly, decided to start a family.

John settled into a successful real estate career in the Temple-Belton area of Texas where he decided to pursue some additional entrepreneurial opportunities.  While doing so, he also decided to get back into more of a training, coaching, and mentoring role for Realtors® at the recommendation of a fellow REALTOR.

Learning the X’s and O’s of Real Estate
John has always studied success and successful people.  He always had a burning desire to learn what it 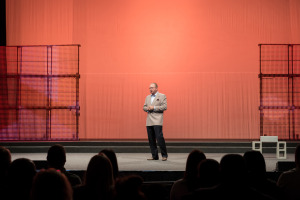 took to be successful from people that had actually done it.  That is why he teaches people the importance of hanging around like-minded people that have already been where you want to go.  With that philosophy in mind, he has used it to be successful in every phase of his life (Music, Coaching, Real Estate, and other businesses).  Over the past 20+ years, John's been taught the necessary skills to be successful by the best leaders, trainers, mentors, and marketers the world has to offer, and now he shares the stage with them. 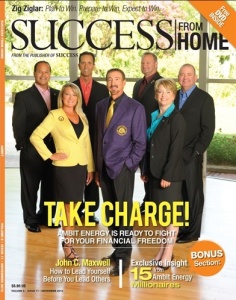 There’s no doubt that John's hard work has paid off.  He's been featured on the cover of Success From Home Magazine for three years in a row and will have a featured interview in the November 2014 issue.

Coaching others to success
As a former coach, John knows how to mentor and help others. He tells new entrepreneurs to “plugin and hang around people that are getting it done. We can teach them the skills to be successful (How to generate leads, how to follow up and get more clients, etc.), but we can’t teach them belief, passion, intensity, and urgency. They have to get these by being around people who have these traits!  They need to keep in mind they will become the average of the five people they hang around most, and will beats skill every single time.”

“My experience inside this incredible profession has enhanced my strengths and talents. It’s made me a 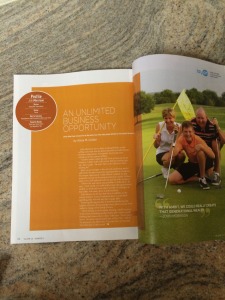 better speaker, trainer, mentor, and leader. If you’re around quality people, it rubs off on you!”

John comes from a long line of successful people—his grandparents are in the Gospel Music Hall of Fame, his father performed with Barbara Mandrell and other country superstars, and his sister was Miss Texas in 1991 and is a successful businesswoman as well.  Today, after outstanding careers in music, coaching, and real estate, he’s composing his own high-profile success story within the training and mentoring space, as well as, helping thousands of people in the process.

My “Why?”
“I truly get a thrill and have a passion for helping others achieve their goals and dreams, so they too can live lives of significance and impact the world in a positive way.”

What was your single most-effective Success Tool, factor, or influence for growing your business?

“My decision to ‘plug in' and never ever quit from day one.  I would rather hear a thousand ‘No's' than one ‘I told you so'!” 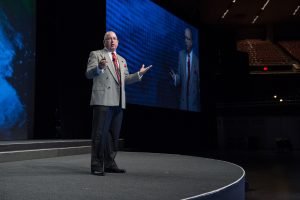 Helping You Become Successful
When you put as much determination and focus into being a success the way John does, it’s going to be a success through and through.  Above all, he understands what it takes to build a successful and life-changing real estate business because he's done it!  Not only has he done it, he continues to do it by continuing to build his very own business, a business that has not only changed his life but his family's financial picture forever.  John continues to win awards, receive recognition, and is asked to speak and train at company events all over the country!  That’s why you can be confident that he can help you succeed too. When it comes to helping you build a successful real estate business, you’re going to love the results John helps you acquire.

If you're new here, you may want to subscribe to my RSS feed. Thanks for visiting!